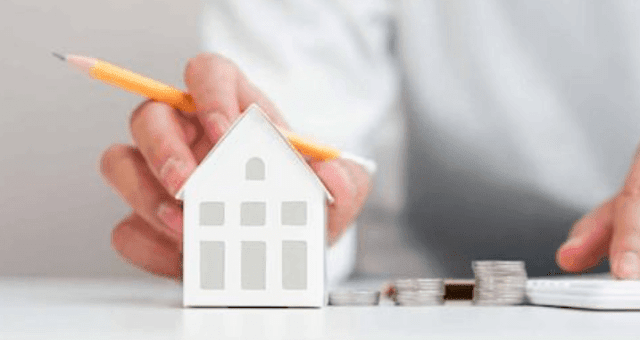 Mortgage rates surge into the new year — but today's rates may seem dirt-cheap before long The new year is bringing homebuyers and refinancing homeowners something they've been dreading, but expecting: surging mortgage rates. The average rate on America’s most popular home loan has risen to its highest level in more than a year, a widely followed survey shows. But even though the numbers are going up, mortgage rates remain near historic lows — at least for now. 30-year fixed mortgage rates chainarong06 / Shutterstock The average interest rate on a 30-year fixed-rate mortgage jumped to 3.22% last week, from 3.11% the previous week, mortgage giant Freddie Mac is reporting. One year ago, the Freddie Mac survey had 30-year fixed-rate loans averaging 2.65%, which is still the all-time low. “Mortgage rates increased during the first week of 2022 to the highest level since May 2020,” says Sam Khater, Freddie Mac’s chief economist. “With higher inflation, promising economic growth and a tight labor market, we expect rates will continue to rise.” Though previous waves of COVID-19 helped keep a lid on rates, that hasn't been happening as the omicron variant spreads wildly throughout the country. But while mortgage rates are higher than they've been in a long time, they're still below where they were in the pre-pandemic days of late 2019 and early 2020. 15-year fixed-rate mortgages The interest rate on a 15-year fixed-rate mortgage averaged 2.43% last week, up from 2.33% the previous week, Freddie Mac says. Last year at this time, 15-year mortgages were averaging 2.16%. Remember that Freddie Mac’s numbers are indeed averages, meaning the rates being offered can be higher — or lower. Some lenders are currently advertising 15-year refi loans at 2% or less. The shorter-term mortgages are popular among refinancing homeowners who are willing to take on a higher monthly payment by going from a 30-year mortgage into a 15-year. In exchange, you pay much less interest over the life of your loan 5-year adjustable-rate mortgages Rates on five-year adjustable-rate mortgages (ARMs) averaged 2.41% last week, unchanged from a week earlier. One year ago, the loans were averaging 2.75%. Story continues ARMs typically start out with lower rates than fixed-rate mortgages. But after a period of time, an ARM starts to adjust — that is, the rate moves up or down in sync with the prime rate or another benchmark. The most popular adjustable-rate loan — the 5/1 ARM — offers five years of fixed interest before adjusting. If you took out one of these variable-rate loans to finance your home purchase, you might want to consider refinancing into a more stable fixed-rate loan now that rates are rising. How high will mortgage rates go this year? Boryana Manzurova / Shutterstock Last year at this time, the average 30-year fixed mortgage rate fell to its lowest point in history. “Since then, despite the effects of the delta and omicron variants, the job market added more than 6 million jobs, the economy is expanding, and the housing market continues to outperform,” says Nadia Evangelou, senior economist and director of forecasting for the National Association of Realtors. Also, the Federal Reserve is slowing its recent buying binge in Treasury bonds and mortgage-backed securities, plus the central bank anticipates it will hike interest rates three times this year. All of those factors are pushing up the interest on Treasury bonds. The bond market, which often portends the direction of mortgage rates, is signaling that home lending rates will continue to climb, Evangelou says. The Realtors' trade group predicts the average 30-year mortgage will be no less than 3.7% by the end of the year. Another industry giant, the Mortgage Bankers Association, expects the 30-year rate will reach 4% toward the end of 2022, with further increases coming next year. How to find low mortgage rates in 2022 fizkes / Shutterstock If you’re ready to jump into the mortgage pool before it gets too cold, you’ll want to do just a little warmup to make sure you’re getting the best rate. Studies from Freddie Mac and others have found that comparing offers from at least five lenders can maximize your savings on a refi. Shopping around is key, but so is a strong credit history. Review your credit score, which you can easily do for free. If your score is lower than you'd hoped, you may want to work on it before revealing it to picky lenders. If you’ve accumulated high amounts of debt during the pandemic, you might consider rolling those credit balances into a lower-interest debt consolidation loan — to reduce your interest costs and potentially eliminate your debt faster. If a mortgage refi is off the table, there are other ways to lower the cost of homeownership. When it comes time to buy or renew homeowners insurance, a bit of comparison shopping could help you find a lower rate on your coverage. This article provides information only and should not be construed as advice. It is provided without warranty of any kind.

﻿Down 67% From Peak, Rocket Mortgage Stock Is No Bargain

﻿Ways To Pay Off Your Mortgage Faster

It’s paradoxical how owning a home might make you feel more secure. But it may also be a constant source of worry, particularly if you still have a hefty mortgage payment each month. For some, having a mortgage is simply a part of life. But for others, it can be an encumbrance, especially once you realize that your interest expense might cost as much as the home itself over the course of a 30-year loan. Whether your goal is becoming mortgage-free or you just don’t want to pay interest to your lender for any longer than necessary, there are some effective ways you can pay off your mortgage faster. Make bi-weekly payments instead of monthly payments Many of us get paid weekly or bi-weekly (meaning every two weeks). A standard mortgage has twelve monthly payments. While we tend to think of a month as having four weeks, there are actually around 4.25 weeks in a month. This seemingly small discrepancy in time can work to your advantage, if you switch to making bi-weekly mortgage payments instead of monthly mortgage payments. At the end of the year, you’ll find that you’ve made thirteen mortgage payments instead of just twelve. Over the course of a 30-year mortgage, switching to bi-weekly mortgage payments may shave some time off the length of your mortgage, depending on your mortgage balance and interest rate. You may potentially save thousands of dollars in interest expense as well.[i] Make an extra payment each year Some lenders may charge extra fees for customized payment plans or may not provide an easy way to make biweekly payments. In this case, you can simply make one extra payment each year by putting aside money in a dedicated account. If your mortgage payment is $2,000, you could fund your account with $40 per week, or $80 every two weeks, to save for an extra payment each year. If you use this method, your savings won’t be as dramatic as the savings you might see by making bi-weekly payments because the extra payments don’t reach your mortgage balance as frequently. If you have any spare cash, you might consider raising the amount that you save each week. Round up your payments Mortgage payments are almost never round numbers. Yours might look like $2,147.63, for example. Consider rounding up your payment to $2,175, $2,200, or even $2.500. Choose an amount that won’t break the bank but can put a dent in the balance over time. Depending on how much you round up your payment, this method may shave some time off your mortgage and potentially save you money in interest expense. The key is consistency. Making one extra mortgage payment and then never making any extra payments again won’t make much difference, but sending a little extra with every payment may help make you mortgage-free a little faster. Pro tip: Before you make any drastic moves to pay off your mortgage, first be sure that your emergency fund is well established, that your high-interest credit cards are paid off, and that you’re contributing enough toward your retirement accounts. The average rate of return on some types of accounts may be higher than the savings you might realize on mortgage interest. It’s possible that any extra money is more wisely put away elsewhere. [i] https://www.Mortgagecalculator.Org/calculators/standard-vs-bi-weekly-calculator.Php#top